George Saunders Interview Author of “Lincoln in the Bardo” 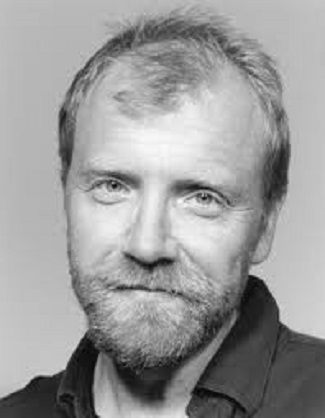 George Saunders is the author of nine books, including the No. 1 New York Times bestselling novel Lincoln in the Bardoand the short story collection Tenth of December which was a finalist for the National Book Award, won the inaugural Folio Prize (for the best work of fiction in English) and the Story Prize (best short-story collection). He has received MacArthur and Guggen­heim fellowships and the PEN/Malamud Prize for excellence in the short story, and was recently elected to the American Academy of Arts and Sciences. In 2013, he was named one of the world’s 100 most influential people by Time magazine. He teaches in the creative writing program at Syracuse University.

We managed to grab a quick word with George Saunders, author of the 2017 Man Booker prize winning novel ‘Lincoln In The Bardo’, for a short interview…

‘The Overcoat’ by Nikolai Gogol. It’s funny and sad and I think it’s the way God actually thinks of us, if he in fact does.

I had a wonderful mentor named Tobias Wolff and I had just gotten into grad school, on a kind of a funny story, and I went up to him at a party, possibly drunk, I’m not sure; and I said ‘I just want you to know I’m not writing that funny crap anymore, I’m writing real literature now.’ And he just looked at me and gave me the best piece of advice, which was: ‘Don’t lose the magic’. So I said ‘Yeah of course not,’ and then I went off and lost the magic for seven years.

Where do you write?

Pretty much anywhere. I have a writing shed in New York that I go to. It was actually a tool shed and my wife, very sweetly, remade it and now the family joke is that I’m the only tool in the tool shed. But I can write on an aeroplane or anywhere. My first book was written actually at work and I had this whole drill – my desk was as far away from the door as I could get it and I put a story up on one screen and then my work on the other, and I even had a series of postural adjustments so I’d be writing with excitement and if somebody walked in I’d hit ‘shift F3’ and kind of look as depressed as I could so they’d think I was working.

Where do you get your ideas?

I will take an idea from anywhere. My theory is you try to, at least I try to get the smallest possible idea that’s not all freighted with ethics or philosophy or thematic intention. Just some little titbit that’s funny. I had a story called ‘Sea Oak’ which came out of an incident in a mall. I was in Syracuse, New York, walking behind these two young women, they were talking very excitedly and I kind of leaned in and I heard the one say #$@&%*!

And her friend said ‘I know!’ And I thought, wow, that’s like poetry. That’s some new kind of poetry. So I kind of stalked them around the mall and when I got home I just tried to imitate the way they were speaking and I had about a three page sort of riff on that which after a lot of revision became the story ‘Sea Oak’. I think it’s a little bit like in biology, that idea of a seed crystal. You start with the smallest little thing and then by reworking it, it will grow outward very organically. You don’t have to worry too much about ideas at the beginning, but you have to find some little fragment that excites you for a reason that you can’t explain.