Art Johnson – The Art of Alignment 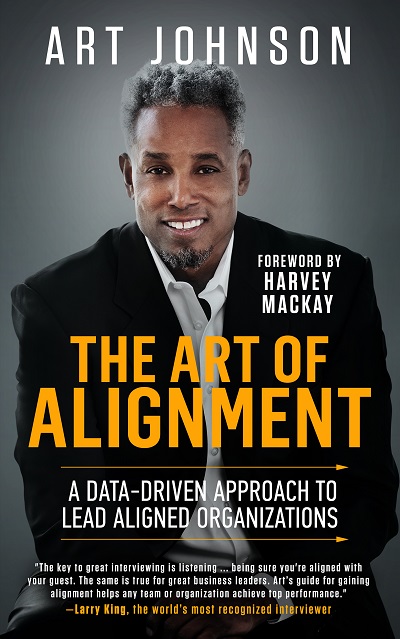 Since 2017, traditional power hierarchies within the corporate stratosphere have seen an unprecedented, seismic shift. For many, it is about time. With movements such as #MeToo, Rose’s Army, #TimesUp, the Inclusion Rider and others, waves have been made that have changed the tents and precepts of the words ‘work relationship’ forever.

Everything from some of the world’s biggest corporate titans to the smallest businesses have taken a hard look at their practices, positions, and standing in the current social and socioeconomic climates. The result has been the birth of an entirely new, holistic form of corporate organizational and psychological practices aimed at leveling the playing field between employee and employer, improving and ensuring consistent, fluid success, and eliminating unacceptable, unnecessary, and ultimately company-foiling abuses. Few books better articulate these concepts making up christened ‘Alignment Organization’ than management consultant and CEO Art Johnson’s The Art of Alignment: A Data-Driven Approach to Lead Aligned Organizations.

Johnson knows how to communicate to the reader concepts potentially alienating to those uninitiated with specific terminology and corporate practice. Part of this he ensures by way of the book’s organizational structure, breaking down descriptions of the Alignment organizational process into four, distinct passages. The focal points each passage highlights are three-fold in of themselves, zeroing in on measurement of the effects of the practice application, statistical examples and scenarios indicating specific successes to the application, and subsequently a concluding analysis a la a before and after, with emphasis on long-term effects.

Johnson’s credibility is helped by his status as CEO of premier Infinity Systems, Inc., in addition to his lengthy professional experience problem-solving similarly to the highlights in Art of Alignment’s pages. Part of his literary finesse is never staying coldly clinical in describing success stories, nor becoming semi-maudlin with Alignment organizational descriptors bordering on the untraditional. He firmly asserts Alignment’s scientific, data-driven evidence of success, eschewing any sort of traditional holism even respectable systems like Toyota’s Lean sometimes dip to.

Ultimately Johnson’s emotive conclusion in The Art of Alignment serves as something of an entrepreneurial cautionary tale. Johnson vividly shows the crises averted by way of instituting the Alignment organizational practices based on individually-tailored statistics of one’s own business. Once again while never falling into overtly maudlin territory, Johnson does highlight in several chapters the problems arising from breakdown in effective corporate communication. Part of the boss’s job isn’t just to focus on the technical procuring of all the theoretical spare parts. Rather, Johnson states, it’s making sure he and those beneath him have a mutual understanding of greater goals and values of the company and/or endeavor.

The worker is as important as the work, something seemingly forgotten or willfully misplaced along the societal way. Johnson’s highlighting of this fact is nothing new, however the way he does so is uncommonly concise as it is surprisingly visceral and empowering – perhaps even touching.

3.5
Get Reviewed
Get Interviewed