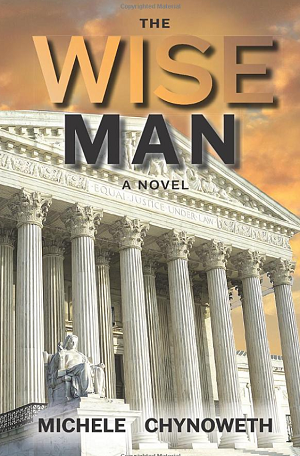 “Finn and Valerie had just a few dates during that school year before they both discovered they had absolutely nothing in common. He was more serious, studious, and disciplined, while she was happy-go-lucky and skated by in her classes, grades, and life in general on her good looks and charm. She was constantly seeking fun, and her bubbly laugh, which at first seemed so attractive, began to grate on his nerves.” So essentially begins the warm, affecting, and titularly ‘wise’ read that is Michelle Chynoweth’s The Wise Man.

While something that is essentially is a toast to, and endorsement of Christian, Biblical values, Chynoweth never comes across as preachy or sanctimonious. She shows, rather than tells, the reader – in the process both doing a service to the symbolism embedded within the text, along with telling just a solid, old-fashioned, rollicking good yarn. This is reflected by passages like the following – “The thirty-minute ride in John’s patrol car from the north end of the island had been like an eternity. His whole life had flashed before him.

He’d had and become everything he’d ever wanted … he was the favored son of a past president of the United States, had a seat on the highest court in the land as a US Supreme Court justice, was one of the wealthiest men in the world, and was now the ruler and owner of the mega-billion-dollar tourist island where he stood. And none of it means a thing. He sadly realized that truth. People have died because of me.” Even in moments like the one aforementioned and cited, what could be maudlin dramatics is relayed in a manner that just feels like a brutal, straight truth. “Just as God had created the original garden of the same name and on the sixth day made man, Eden was eventually home to Finn, its patron and founder, and then eventually, his wife, employees, and visitors who decided to stay and take up residence there,” Chynoweth writes.

“They in and of themselves soon constituted their own village. Hundreds, and then thousands, of people lived on the island, working as busboys, wait staff, cleaning crews, day care providers, event coordinators, diving and snorkeling instructors, pilots, drivers, tour directors, boat captains, and more. Then, as restaurants and shops opened, a host of proprietors moved to Eden as well.”

I always enjoy a book, regardless of it topical specificities or overriding genre, that feels personal. Like you’re getting a little piece of the author’s heart. Chynoweth clearly injects personal feeling into both her descriptions, and her characterizations. There’s never a sense that the book isn’t personal, as a matter of fact. It makes the emotional aspects of the read much more palpable, and extra heavy-hitting. This makes passages like the following hit me, as a reader, the most.

“At the end of the day—after the campfires died and everyone fell asleep, only to awaken to the dawn of a new morning and pack up the tents and supplies to head back home—Finn knew he had the best dad ever, even if he did have to share him. Just like Finn, the American people had put his dad on a pedestal—and then him too as he soared further and higher in his career, in his wealth, in his popularity and fame. Finn had it all, but, of course, he always wanted more. And one day, even the pedestal became too high— the air so thin he couldn’t breathe.”